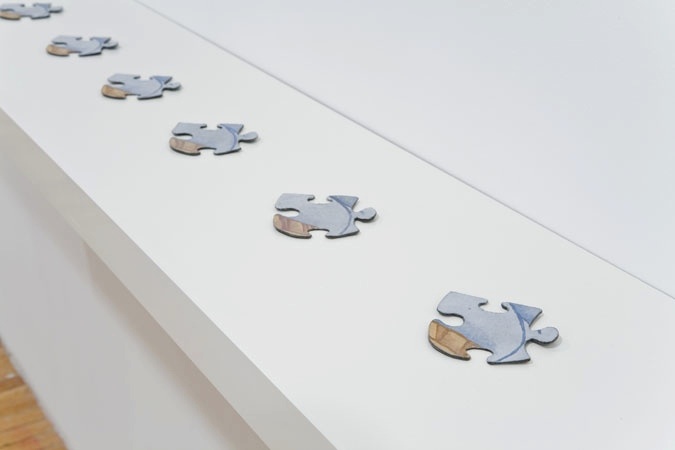 The Missing Piece of the Puzzle

I found a piece of a puzzle on a sidewalk in Toronto, and I attempted to return it to its owner by making a “found” poster and posting it on the street where I found the piece.  No one ever responded, though, and the poster was completely gone after just a few days.

I also made 10 replicas of the puzzle piece, painted in acrylic on cardboard, seen here as exhibited in Material Concerns at the Centres des arts actuels Skol in Montreal in 2008.

In 2009 I painted a 35 x 35” acrylic painting depicting how I found the puzzle piece, and I cut a hole in my painting for the original found piece to fit into, thus completing the puzzle.  I then cut up the painting in to puzzle pieces, put it in a box, and left it in a thrift store in Lethbridge, Alberta.  Documentation of this was shown in Small Things Forgotten, a project for the Southern Alberta Art Gallery’s “Into the Streets: Avenues for Art” 2009 exhibition series. 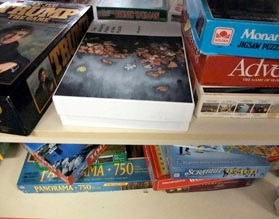 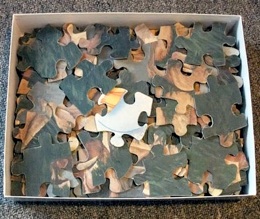 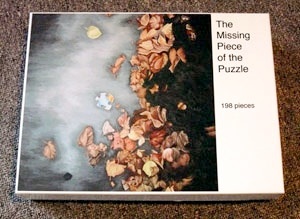 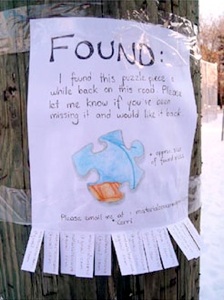 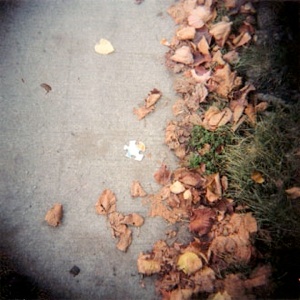 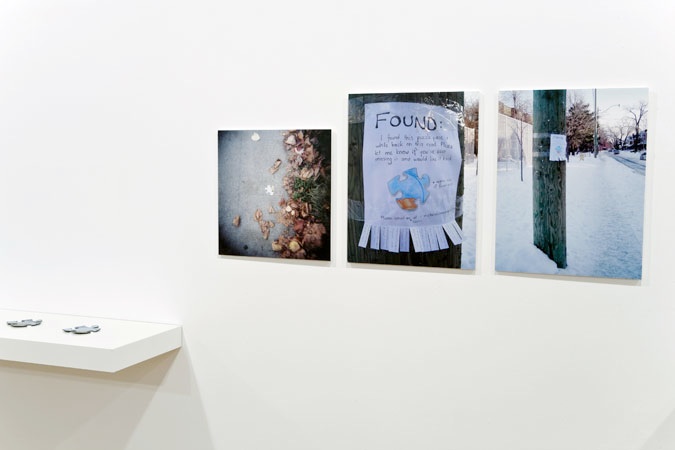 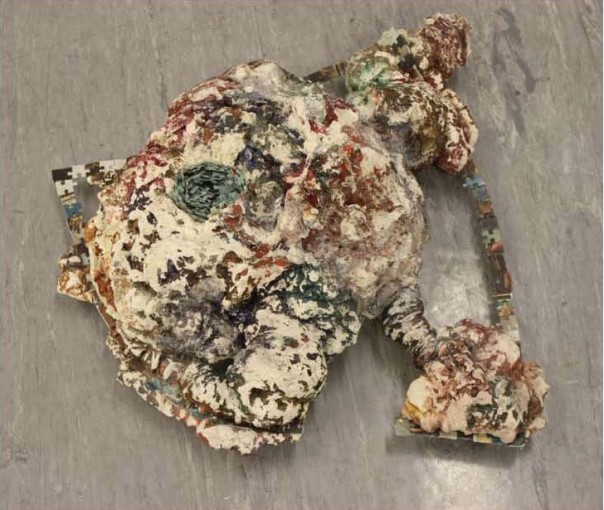